With Earth Day taking place tomorrow, we take the time to reflect on the measures that the transportation industry is taking to drive our global network to a more sustainable and environmentally friendly future.

In Parag Khanna’s Ted Talk, How Mega Cities are Changing the Map of the World, he describes planet Earth as a human body, where our global transportation network is the skeleton, enabling our mobility. 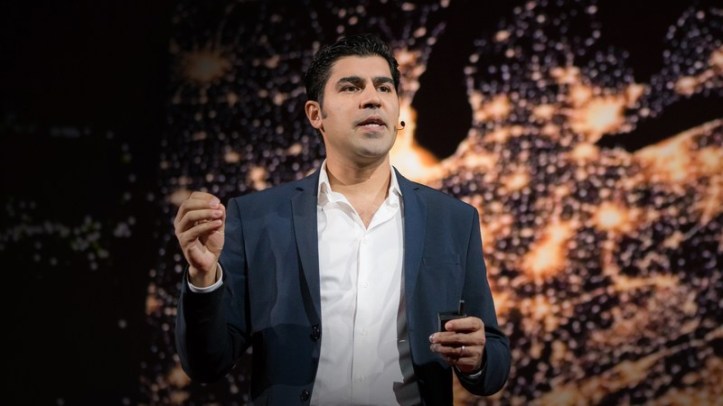 As urbanization continues to develop so rapidly, we are becoming more and more connected. Never has it been easier to travel across borders. According to Khanna, there are 64 million km of roads and 4 million km of railway tracks across the world, and this is set to only increase. The Ted Talk brings to light the increased investment in global infrastructure after our world begins to realize that connectivity is the key to sustainable urbanization. As cities and places become more connected, we become stronger across the board – cities are learning from each other and working together to make progress. The United Nations has now added Industry, Innovation and Infrastructure to its Sustainable Development Goals after recognizing the importance of driving our planet earth forward. According to the talk, infrastructure spending will increase to $9 trillion per year by 2025 – meaning we are likely to spend more on infrastructure in the next 40 years than we have done in the past 4,000 years. We are building an infrastructure that will service our global population of 7.5 billion people – this in itself is more sustainable than what we have now. An infrastructure that is fit for purpose can only optimize our industries and our daily lives.

However, increased spending on infrastructure may come at a price if we don’t consider our planet and our resources. The key to building a global transportation network that serves us both efficiently and effectively is in the how. How do we achieve such colossal steps forward without harming the environment and the people?

Over the past couple of years we have seen a colossal shift towards sustainable transportation. Many organizations and communities are striving to enhance our global transport network to a more sustainable and environmentally friendly status. Below are a few that are leading the way for the rest of the industry.

NS Trains
With the declaration this year that all of their electric trains are now running on 100% sustainable energy, Dutch railway operator, Nederlandse Spoorwegen are setting the bar for climate neutral rail travel. NS reports that one windmill will power a train for around 120 miles, of which some 600,000 passengers were the first in the world to experience.

Alstom
Alstom announced late last year the introduction of the Coradia iLint. Powered by hydrogen, the train is the first zero emissions train in the world and only emits excess steam into the air, offering a much more environmentally friendly option to Germany’s current 4,000 diesel trains. According to The Independent, this vehicle can travel up to 500 miles per day at speeds of up to 87mph. The article also notes that the only sound it gives off comes from the wheels and air resistance, implying less noise pollution as well as air pollution.

Monica Araya
Monica Araya, self-proclaimed advocate for renewable energy and electric mobility in Latin America, took to the Ted Talks stage in June 2016 to share her dream for Costa Rica to embrace electric cars, buses and trains. Nearly 100% of the country’s electricity comes from renewable resources but its transportation system still relies heavily on oil and fossil fuels. Araya launched Costa Rica Limpia in 2015, an initiative to promote ‘clean development from a citizen perspective’, and is dedicating her time to have fossil fuels abolished within Costa Rica’s transportation industry. She notes that electric buses are not a distant utopia – they save money and reduce pollution, so why not do it now? Although not a company, Monica Araya is a good example of the voices we need to move our transportation industry forward – watch her very interesting Ted Talk here.

Gautrain Rapid Rail Link
The South African Gautrain Rapid Rail Link was introduced to the Johannesburg-Gauteng corridor in 2011. Six years later and 1.4 million passengers per month save the equivalent to 41 working days a year by using such a service instead of private vehicles. This not only saves people time but also enhances their quality of life. The rail link is said to have reduced traffic on the area’s major highways by around 20%, reducing overall air pollution and congestion.

India’s Smart Cities Programme
In 2015, India launched its Smart Cities Initiative whereby cities put forward their proposals to enhance the urban ecosystem and its core infrastructure to facilitate a better quality of life for its citizens.

Public transport development has been a large part of this initiative. In 2001, there were 55 million registered vehicles on the roads in India. In 2016, this was said to have reached approximately 195.6 million – a clear fundamental problem in terms of congestion and air pollution. Delhi’s metro system is deemed the most successful in the country, running a total length of 213km and carrying 2.8 million passengers per day. Other cities are now looking to follow suit in order to reduce private vehicle ownership. India’s federal government are also providing incentives for cities to overhaul their bus systems. They propose to replace all diesel fleets with hybrid vehicles but funding is a problem due to the increased cost of hybrid buses. To counter this, the federal body are offering subsidies to those who adopt the scheme in order to speed up the process.

Zack Krapfl noted in his ‘Changes in your Transportation Future’ Ted Talk that 80% of us are stuck in traffic. He also pointed out that in the US alone, there are 253 million cars on the road and 3 trillion miles are driven each year – 55% of journeys are under 10 miles. With astronomical statistics like this, it is time for change. Urbanization and sustainable living is hugely dependent on a sustainable transportation system. Dan Dowling of PwC believes that cities need to prioritize low carbon, flexible transport networks that improve air quality and enable better living.

The examples above show that investing in the protection and sustenance of our environment, connectivity and urbanization only boosts our economy and development, but it must be done in the right way. We believe that this happens throughout the supply chain, from raw materials to finished goods, which is why we are proud to be a sustainable supplier to the transportation industry. With SA8000 accreditation and environmentally friendly manufacturing processes and products, we are able to support our customers in their journey towards a sustainable transportation network and be a part of this exciting revolution.

Let us know about other developments in sustainable transportation in the comments.