This time last year we announced the commencement of Virgin Trains East Coast‘s refurbishment using Forbo Flooring‘s carpets. Last week VTEC and Yellow Group celebrated the completion of their newly refurbished fleet. Over the last 18 months, our UK Key Account Manager, Bob Summers has worked closely with both companies to supply custom carpet for both First and Standard class and vestibule entrance matting.

We are proud to say that a total of 400 cars now feature Forbo Tessera Alignment FR carpet and Coral FR vestibule matting. Starting way back in June 2015, Atlantic Design contacted Bob regarding a special design the Virgin Red brand colour. It took a couple of months and some work with the design team at Virgin but eventually a design and strong colour theme were fixed. Samples were produced and test carpet samples were fitted at both Bounds Green and Craigentinny depots for some vigorous on-site performance proofing. The carpet thrived in the tough depot conditions and installation on board actual vehicles was given the go ahead. 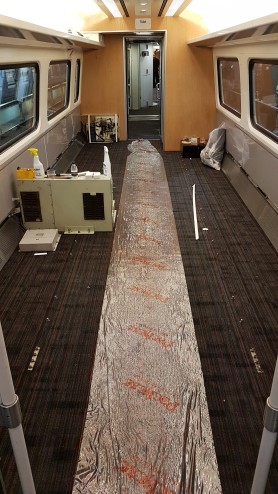 Bob Summers noted “We experienced a few issues with installation and delivery scheduling during the first few sets of vehicles, but working together with Yellow Rail, project manager Carl Harvey and the depot teams, things got better. In fact, things got a lot better as the refurbishment rate was increased and the installation teams increased their skill levels. Changes were made to a few dimensions of various carpets and installation methods tweaked somewhat to meet the timely delivery requirements.” 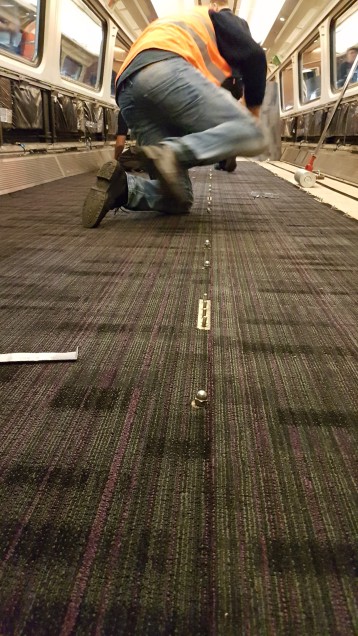 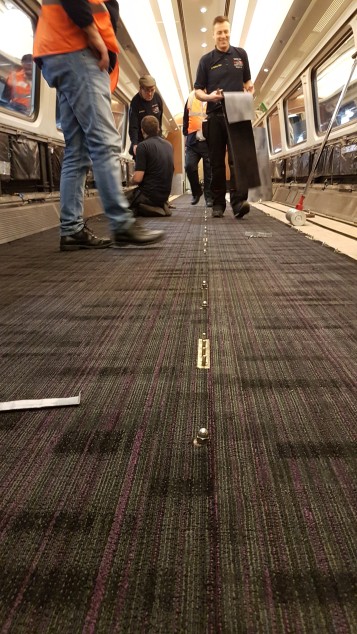 The final vehicle was handed over on Thursday 26th January a couple of days early at Bounds Green Depot. A gathering of all those involved in the project assembled at the depot and a few presentations of thanks and support were proudly delivered, followed by a last look around the final set to view the new interior.

It has been a great journey and one in which so much was learnt. Thank you to everyone in the Forbo Flooring team for being so heavily involved and also the Project 21 team whom we worked closely with and allowed us to deliver this successful project.