How the Orient Express rides on a small circle of linoleum

The Orient Express which entered service in 1883 and owned by the Belgian businessman Georges Nagelmackers is no doubt the most famous, iconic train in the world. There are many books written about it and the journeys it covered, some true and others not so. Yet, even after its resurgence by James Sherwood in 1982 it had become well and truly fixed that the Orient Express represented all that was mysterious, romantic, intriguing and luxurious about long distance international train travel. These qualities stand true today in the privately run Venice Simplon-Orient Express. 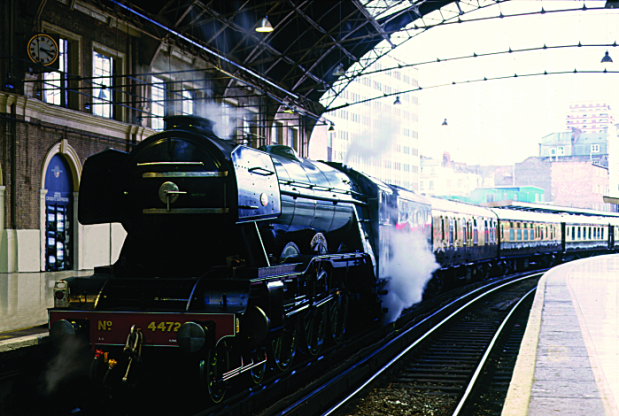 Twenty years prior to the launch of the Orient Express, Frederick Walton discovered linoleum and patented its manufacturing process in 1863. It’s quite remarkable that a product discovered in the days of gas lights and horse drawn carriages is still used in applications today, for which it was originally designed. Many Iconic buildings such as the Oslo Opera House and the art museum from Jean Nouvelle still retain their linoleum. The German Bauhaus Institute, the originator of modern architecture, still has its classic “Berlin red” Linoleum on display in the restored Bauhaus.

However, linoleum’s use on the Orient Express today is not as a floor covering but something rather more intriguing and mysterious. It would appear that the properties of Linoleum are ideal as an interface between the wheel bogies and the carriage body shell. Forbo Flooring Systems regularly provides special aqua jet cut 4mm spacer washers to Venice Simplon-Orient Express in exactly the same dimensions and specifications as probably used 131 years ago.